About Turin Polytechnic University in Tashkent 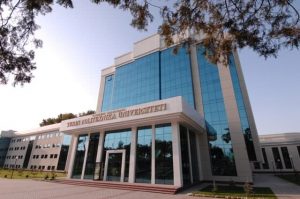 Turin Polytechnic University in Tashkent (TPUT) was established on April 27, 2009 in accordance with the Decree of the President of the Republic of Uzbekistan № PP 1106 dated 27.04.2009 and the Agreement between the Ministry of Higher and Secondary Special Education of the Republic of Uzbekistan, JSC Uzavtosanoat and Turin Polytechnic University Politecnico di Torino , Italy dated January 10, 2009 as a higher education institution in accordance with the laws of the Republic of Uzbekistan for implementation of activities aimed at training highly-qualified specialists for the automotive, mechanical engineering and electrical industry, energy industry, companies and organizations of industrial and civil engineering and construction. 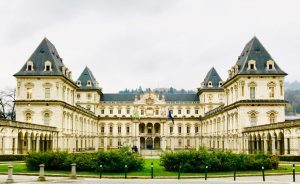 Politecnico di Torino, Italy created in 1859 and being one of the leading technical universities in Europe, is characterized by an active combination of the educational process with scientific and applied research. It includes 18 faculties and 19 research centers and laboratories, which are the basic research centers of large automotive and other companies. The opening in Uzbekistan of a new institution of higher education on the basis of such a European university in accordance with generally recognized international requirements also fully met the goals and objectives of the National Training Program for the Republic of Uzbekistan. 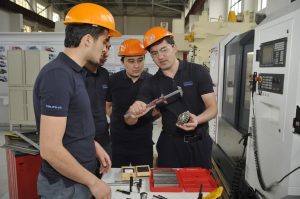 In addition, other important aims of opening a new university were to attract local teaching staff to the educational process, a continuing education program for professors and teaching staff and the creation of a technology park in the TPUT structure, which will carry out research and applied development, as well as carry out implementation work the results of research on the design of cars, automobile engines, automotive parts, components, tooling, as well as the development of architectural and industrial design, energy-saving technologies, new types of building materials based on local raw materials and modern industrial automated control systems. 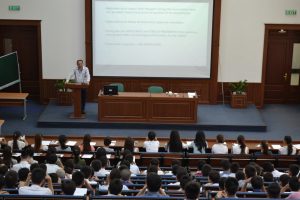 In order to harmonize the differences between the HE curricula in the two countries (Italy and Uzbekistan), TPUT and POLITO came to the agreement to adopt EU curriculum with some changes made for fitting it into local educational standards. One of them is to introduce additional Preparatory Year to fulfill the Italian requirements for a minimum of 12 years in LE and carry out the most relevant needs in the preparation of incoming students. Existing curricula at TPUT can be applied as a unique experienced in bridging different educational structures and be used for project goals realization. 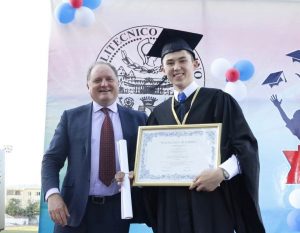 TPUT graduates will receive double degree diplomas of higher education with the award of the Politecnico di Torino (POLITO) BSc and MSc degree to TPUT students. As stated in the Charter of TTPU Campus, the graduates of TTPU will receive a TTPU diploma according to the legislation of the Republic of Uzbekistan and a diploma from POLITO according to the law of the Italian Republic as a consequence of the signature of a Double Degree Agreement between TTPU and POLITO. As is known, machine-building and other industries in Uzbekistan are developing, therefore, specialists in the field of Mechanical engineering, Civil Engineering Information technologies and programming in industry (Computer engineering) will be widely in demand at many enterprises and many organizations of the Republic of Uzbekistan.

TPUT along with other non-state educational institutions became the owner of the License to carry out educational activities in the field of higher education. This document issued by the authorized State body once again confirmed the University’s right to carry out activities for the training of specialists with higher education in the fields of mechanical engineering, automotive, information systems, construction and architecture. In addition, TPUT was one of the first universities in Uzbekistan being awarded a certificate ISO 9001 for compliance to the quality management system in training of specialists with higher education. 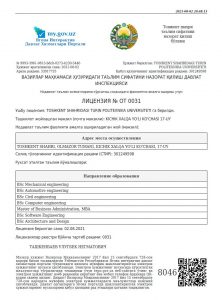 Moreover, the university is the one gained the status of University 3:0 for commercialization of knowledge and technology except the educational, scientific and research missions by means of providing the graduates not only with education, but also with the implementation of gained knowledge in their future career. In order to form a model of higher education that combines the main components of the economy in the future, the university is making a step in gaining the status of the University 4:0.

OPEN ON THE MAP